LISTENING TO YOUR HEART, CITY The word to the big men of Milan

Cooperationcon: Aleph Theatre Group, Theatre Incamminati, Work of Art, the Diocesan Museum of Milan under the patronage of the European Community, the City of Milan Expo in City, Region Lombardy, Milan Diocese

Milan, the most modern city in the world, is the most Italian thing in Italy

“there is the paradox that Milan, so aggressively modern, is also so beautifully and mysteriously Italian.” (Giò Ponti)

Expo 2015 is a meeting among persons of different cultures, possible because every culture is the heart of everybody who gives form to life and belonging.

So, why don’t let man itself narrate the story, the soul of the city?

The values that remain are the ones of human heart, of his greatness, of his singularity.

Works and monuments remain engraved in the memory and in the art because they are tokens of greatness, unrepeatable heroism of values, of history, of faith, of men. They speak for themselves.

The works of a city are tokens of artists, because the spirit itself of the artist, who created them, emanates from them his spiritual greatness, his personal thought: it’s the artist himself who speaks to you.

Among men of each Country, only few of them lived an ingeniousness which involved not only their historical period bus also the following centuries.

It is this man, these men, that Cultural Center of Milan has questioned for you. And these men, that you will meet, will speak to you describing, with their own words, the times of the city. Not only through its monuments but also through its secrets, the little things, doors, windows, gardens, houses, of great value because they are the daily fabric of a culture that is the model to read and to understand our own culture and the others’ one.

Such a community – or if you want such a communion – can give life to a meeting among men of different Countries, beginning from Milan and be an event for a simple and direct knowledge, based on mankind, on life meaning and experience, on cultural ways of thinking arisen and spread through art and literature, revealing an historical time, season.

Cultural Centre of Milan – during the stage of elaboration and study – has written out, from the texts of these Personalities, the heart and the true nature of Milan of their period, then it has given them new life through a modern and contemporary approach letting the Personalities themselves meet the public: a popular dramaturgy becoming theatral performance.

The texts have been chosen by experts and professors of the various Universities in Milan.

It is an occasion for Expo 2015 to transform a sheer meeting between the City and the Personalities who made it then and who make it now into an unforgettable sign of relationship.

And whereas all the pavilions will be no more and the curtains will drop on the beautifull but only digital shows, you and the other, the one talking to you, will remain for ever united by the meeting, by the curiosity, by the pursuit of something likely or also greater of your own experience.

“Dialogue between Ambrose and Charles: the destiny of Milan”

Two great saints deal with the meaning of their presence, behaviour, works relating the development of the greatness of Milan. 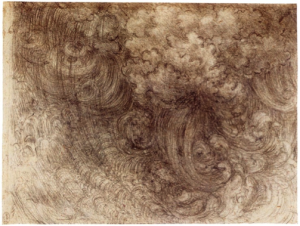 “Leonardo and the waterways of Milan”

An actor but, above all, an actress, the water itself: the live portrait of water seen, heard, narrated through Leonardo’s words and the history of Milan

The “Commedia dell’arte” in Milan

(Orginal puppets with Marino Zerbin) The characters of Commedia dell’arte that, in a funny situation, drive around the city telling themselves the differents periods of Milan history.

A theatrical version in order to listen to the most important passages and to see the most expressive images of the great novel of Alessandro Manzoni:“The Betrothed”.

The artistic experience of a great architect, able to give a human face to his beloved city.

Giò Ponti – the most important Milanese and Italian architect and humanist of the Twentieth-century – wrote:

“The art is not in the “form” (each form is good, in fact it is true that one changes form continuously), and it is in the document, in the human witness, through its own form, its own expression: (therefore) it is unrepeatable, therefore a copy is not art, a restoration is not art…”.

To live tourism is, therefore, combination of knowledge with present, bringing to light the roots of the past.

To live tourism is an act of everybody, it is reason and necessity of education: tourism lives in the actions of a “popular” culture that coordinates your times, worktime and spare time where you would do the desiderata, in order to find another fragment of the truth and to meet witnesses.

The use of an “application”, as well as the set of the events in original and translated language, the ordered presence of different expressive forms promote a new way of living spare time, connecting them with information and images, supplied by CMC, about the works of art in Milan, the masterpieces of the museums and moreover information about cultural, theatral, etc. events.

As well as from the past we will meet personalities telling us the story of Milan at their times with their own words (written out from their writings, poems, novels,operas..), we will also meet personalities of today, symbolizing the bursting heart of the city (architects, writers, musicians, artists, scholars…) who will narrate, besides the explanations of guides and professors, past and present character of life of Milan, calling to mind their own experience and knowledge.

“The art is not in the form, it is in the document of man. The form is a complete and perfect thing (may one know an incomplete form? It would not be a form): nevertheless it is not indispensable to art, because a mutilated statue (as Victory of Samotracia), an altered

fresco (Cimabue in Assisi), a ruin of architecture (“the proof of the ruin” is the great proof of the architecture: the good architecture must withstand all the ravages of time, it must express itself also through ruins) give us also if mutilated, altered, ruined, art emotions, are nevertheless art.

This is the measure of art.

Measure of man (here the definition “man, measure of all things” acquires another meaning. It becomes measure of his heroic behaviour, of his life, of his drama, i.e., of his sincerity, autographicity…)”

Modern Milan is the most recent “permanent” phenomenon of the Italian history, because it shares the true tradition, this true tradition – he says for the Englishmen, but I would say also for many Italians – does not mean majordomos, stately homes, or buildings harmonizing with Saint Paul” (for the Italians instyle houses), but it means “to do new things in a new way (as they have to be done if they are new), doing them as well as they did 500 years ago”. This is tradition! This is, in the daring modernity, the true return to the true tradition.

It recovers their ancient mark not only in the buildings pointed out by Baedeker, but also in the turgidness of their high extremely modern buildings and of the ones, as Pirelli, as the skyscrapers of Belgiojoso, Peressuti and Rogers, and of Melchiorre (and simultaneously), in the aristocratic reserve of the (modern) Gallery of Modern Art, designed by Gardella, hidden among the trees; and even (how well he knows them!) in the impertinent departure, the impertinet departure, of the boxes of Scala, without applause at the end of the “opera”.

This verve in every city of the world could slip into vulgarity, but only Milan can have a “Coca-cola” stall on the roof of the cathedral (nothing escapes him) and organize – at the same time – congresses on the “divine ratio” at Triennale.

It is the “verve” – he continues – (and Milanese people let your heart swell!)that – he says – London has lost, Paris is losing and New York – he adds – can’t have.

This does not come from the history, but from the awareness that “also now” is history.

If Milan is rich, it is not because it is modern, since “we are all modern now”, but because it lives and builds with the joy and the pride with which the ancient Italians builded their towers and their palaces in a tradition, that is not apparaturs, feeling or style, but awareness of the race that reshapes an ancient culture in a new form: for experience, for instinct, for life, not for nostalgia”.

(from “Amate l’architettura”, written by Giò Ponti, architect, author together with Nervi of Pirelli Skyscraper in Milan, important figure of Italian Art and Design History (1891-1979). Giò Ponti planned and realized dozens of houses, villas, churches in Milan and all over the world. He was also deviser and director of “Style” magazine